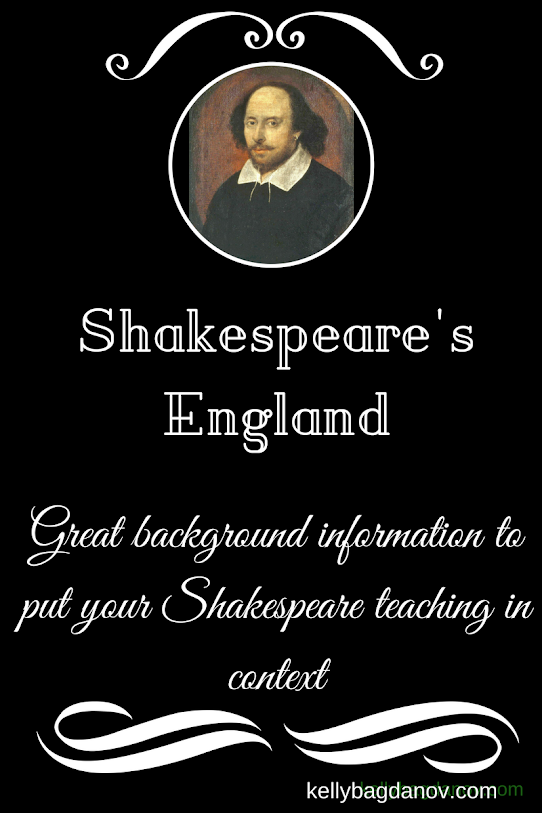 The ability to place Shakespeare, the man, into his historical context can enrich our reading and understanding of his plays. While dealing with universal themes that will resonate with modern audiences, there are portions that will yield richer rewards if we are able to place the plays in their context.

Shakespeare was born during the reign of Queen Elizabeth 1, or the Elizabethan Age. For an actor and a playwright, this was a boon. Before this time actors were at the bottom rungs of society. Most of the population assumed actors were cheats and scoundrels, and public theaters rarely lasted long.

However, Queen Elizabeth enjoyed the theater and great advances in the Arts were made during her reign. She was the last ruler of the Tudor dynasty and she was a force to be reckoned with. She had beaten the Spanish Armada and emerged as a dominant power in Europe and the New World.

Within England she was a patron of the arts, and culture wwas thriving. The Renaissance had arrived in England and with it incredible advances in art, science, scholarship and literature. For the first time actors and playwrights were financially thriving and gaining respect and status.

The Reformation had also arrived in England, bring with it religious upheaval as groups broke with Catholicism and the Pope.  In England this movement provided Henry VIII the excuse he needed to declare himself the head of the church, uniting political and spiritual power with the crown.  This power play achieved his primary goal, allowing him to legally divorce his first wife and marry his mistress, Anne Boelyn, Queen Elizabeth’s mother.  The consequences of this move would lead to a great deal of unrest and violence after his death. When Elizabeth finally secured the crown, her reign was largely a period of peace for England.

The Age of Exploration with Columbus, Cabot, and other explorers ushered in an era of discovering new and settling new lands. The America’s, Africa, the East, all provided an exciting influx of new knowledge. The explosion of geographical knowledge led a race to secure trade routes, and to expand commerce.  This flood of new knowledge was rushing into Europe at an unprecedented pace.

The age of Discovery is also used to describe this time. While one group of explorers were mapping new territories there were also many scientific discoveries being made. While new knowledge can lead to societal advancement, it also caused instability. People began to seriously question the social order, power structures, and the role of religion.

While this may have been an exciting time to live if you were royal or wealthy, it was still a very difficult time for the average citizen, a fact Shakespeare understood. Being a practical man, most of his plays included a high plot line involving the nobility, often one that would throw a favorable light on the current rulers and assure him continued patronage. However, Shakespeare also frequently included a low plot line involving the common people. Often it is these ‘low’ characters that provide the voice of reason or wisdom within a play.

The lower classes faced many trying challenges during this period of history, food shortages, taxes, lack of social mobility and little control of their lives. However, the plague, death in childbirth, and natural disasters affected rich and poor alike. Life during the Renaissance was often short and difficult. 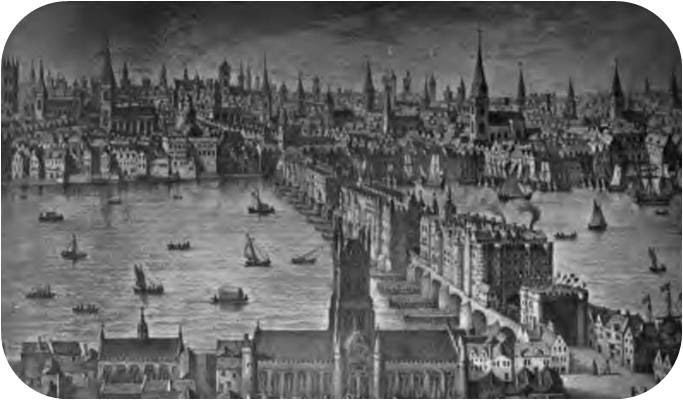 Another significant societal change during Shakespeare’s time was the migration of large numbers of people from rural areas to cities. London experienced tremendous growth. In 1563 London had 93,000 people, in less than 50 years that number swelled to 224,000.  This created more challenges and shifts in society.

The plague was another part of life during this time. With modern medicine it can be hard to understand the changes that the plague has wrought on history, societies, and cultures over the centuries.

Hygiene, sanitation, pollution, none of these concepts had been conceived of yet and that lack of knowledge made the spread of disease quick and deadly. Ditches were used as public toilets. Trash, slop, and bedpans were emptied out windows onto the streets. Butchers threw their carcasses out into the streets to rot…it was not a pretty place. The Plague was not the only threat, smallpox and tuberculosis were also spreading. (Small wonder.) Most people had rotten teeth, running sores, and constant stomach aches. The Plague was the number one killer as it spread across Europe carried by rats who lived among the filth that was all too common.

There was a strict social order in place in Elizabeth’s England. In every play Shakespeare wrote, we see the social order play a pivotal role. It can be hard for a modern to understand just how important this social order was to the people of Shakespeare’s day. Just as rulers ruled the country, father’s ruled families. People didn’t marry outside of their class, race, or financial groups. The church and the state were tightly connected which made for it’s own challenges. Every person knew his/her place from the time they were a young child.

This social structure had been in place for so long, no one questioned it. But times were beginning to change, to crumble from within. Just as science was beginning to challenge the idea that the Earth was the center of the universe, and geographers were challenging the idea that Europe was the only great civilization, so people were beginning to question the social order at home. Cracks were appearing in the strict system. The unrest that this brought is often reflected in Shakespeare’s plays.

Taking all of this into account it is no wonder people needed distractions from the realities of their lives, and the theater was one of their favorites. Shakespeare provided an escape for a few hours.

This was truly a unique time and place historically, and Shakespeare benefited by being born into this period of England’s history. All of the changes going on in his society were reflected in his writing. Queen Elizabeth gathered the best and the brightest around her, and Shakespeare was among those she favored. This provided financial stability, respectability and gave Shakespeare the resources to develop his own acting troupe.

After Queen Elizabeth’s death, James I ascended to the throne. He too, enjoyed the theater and sponsored Shakespeare’s actors, then called The Kings Men. With the patronage of the crown Shakespeare enjoyed even greater freedoms and with a group of investors built The Globe theater.

When we understand the realities of life that Shakespeare and his characters lived with, we can develop a deeper appreciation for his plays.

I hope this brief overview will be helpful as you read Shakespeare. If you are wondering why you should even bother to teach Shakespeare you can check out my post here.

If you’d like to look at some resources to teach Shakespeare, some of my favorites are here.

Let me know in the comments if you teach Shakespeare to your children, and what you have found to be your greatest challenge and/or greatest help.

Are parents really qualified to teach their children?

I understand if you have your doubts. We have been taught to think that we need a special credential to teach our children and that if we teach something in the wrong order our children will be permanently damaged. As you will see in a minute, the research suggests that not only are parents qualified,

Fra Angelico the Mocking of Christ is a compelling vision of the suffering of Jesus. I’ve been anxiously waiting to get to this painting in the Lent Devotional because I’ve found it both intriguing and beautiful.  I hope you enjoy it as much as I do. If you would like to purchase the the rest

10 Fabulous, Off the Radar Christmas Books

This year I was on a mission to discover some new and unusual Children’s Christmas Books. We have recently moved and I’ve been visiting the Thousand Oaks Library. They have the most AMAZING collection of children’s books. There were shelves and shelves of Christmas Books, hundreds of them. I spent a recent afternoon reading and